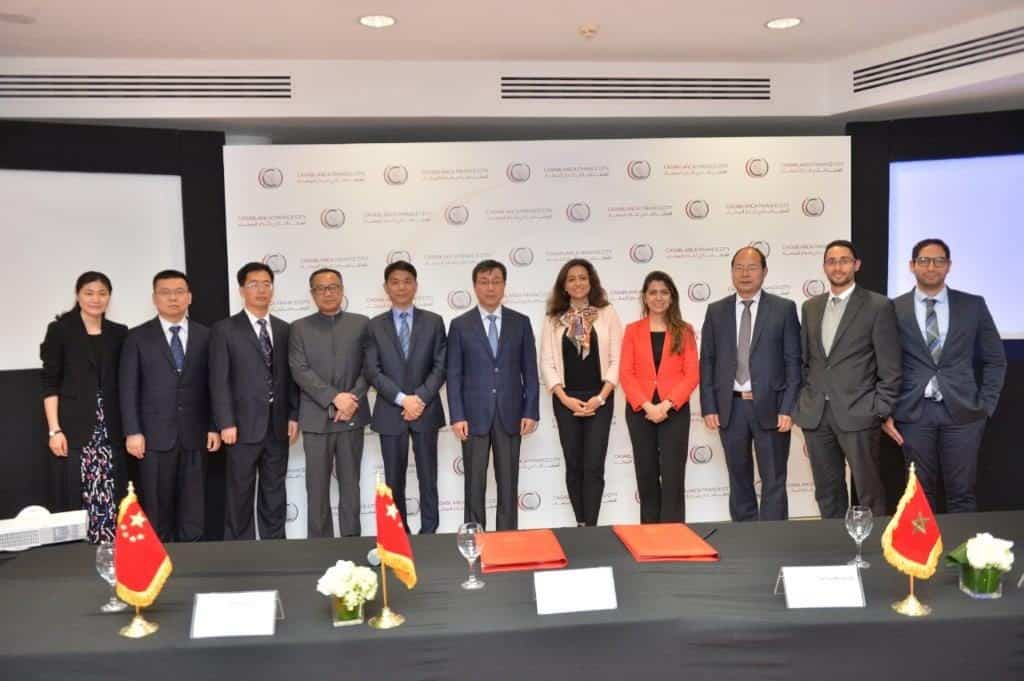 An MoU has been signed today with the public authority responsible for the development of the Xicheng Financial District of Beijing.

It is the first time that CFC signs a partnership with a Chinese financial center. CFC has already partnered with Singapore, London, Luxembourg, Montreal, Paris, Astana and Busan. This signature extends CFC’s cooperation network with the world’s leading financial centers.

This MoU aims to settle the basis for sustainable cooperation between the two sides and ambitions to establish a relationship of mutual understanding between XDFDPC and CFC. It will also encourage future three-party collaboration between the People’s Republic of China, the Kingdom of Morocco and Africa.

Moreover, it will encourage the development and the sharing of best practices, expertise and knowledge in the areas of renminbi (Chinese currency) and FinTech. This protocol will also reinforce the efforts from both sides to attract financial institutions, holding companies, multinationals and service providers to Xicheng District and Casablanca Finance City.

Mr. Lu Wuxing, Director of Xicheng District Financial Development Promotion Center of Beijing Municipality (XDFDPC), stated: “On the occasion of the 60th Anniversary of the establishment of diplomatic relationship between China and Morocco, we are honored to sign this partnership in order to explore the possible ways of cooperation in China, Morocco and Africa. With even more enthusiasm, we look forward to actively devote energy to the friendly exchange between our two financial centers in the future.”

Mr. Said Ibrahimi, CEO of CFC, declared: “We are pleased to sign today this memorandum of understanding with Xicheng Financial District. This partnership is the first of its kind established by Casablanca Finance City with a Chinese financial center. We have the strong conviction that such fruitful cooperation will play an instrumental role in fostering business ties between China, Morocco and Africa”.

The purpose of XDFDPC is to implement the national laws and regulations, and the polices of Beijing municipality of finance; to assist with the development and coordination of the financial industry.

Casablanca Finance City (CFC) is an African and business hub located at the crossroad of continents. Recognized as the leading financial center in Africa, and partner of the largest financial centers, CFC has built a strong and thriving community of members across four major categories: financial companies, regional headquarters of multinational companies, service providers and holding companies. CFC offers its members an attractive value proposition and a premium “Doing business” support that fosters the deployment of their activities in Africa.

Driven by the ambition to cater to its community, CFC is committed to promoting its members expertise across the continent, while enabling fruitful business and partnership synergies through its networking platform.